‘Cause we could be immortals, just not for long

Ubisoft is sometimes referred to as the king of open world games. For some of you, it has a divine right to rule. For others, it’s a proverbial crown that needs to be overthrown.

Immortals Fenyx Rising (the artist formerly known as Gods & Monsters) doesn’t really make a strong case for either position. It exists in a purgatorial state of sorts; albeit clawing its way up to the heavens. 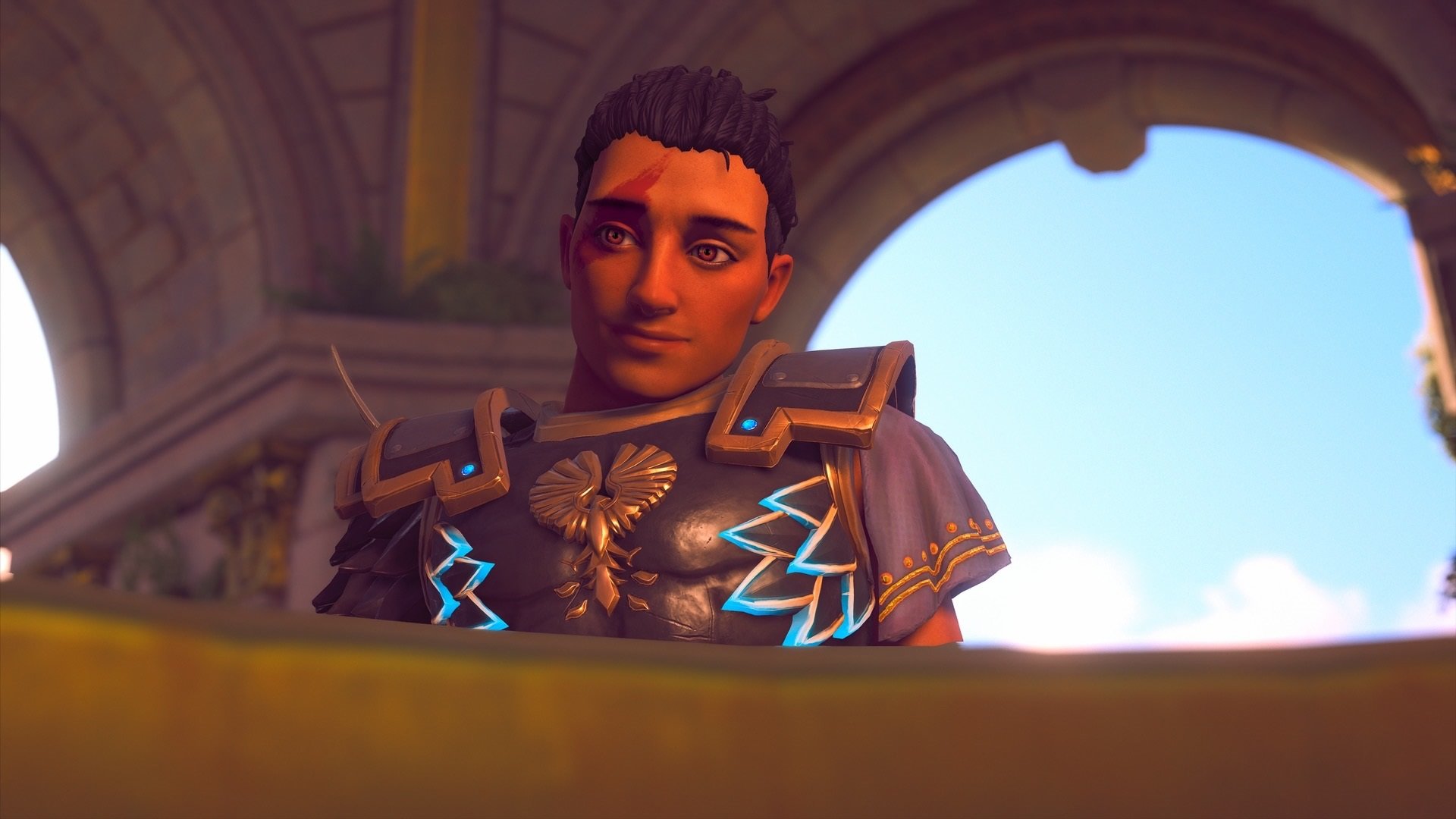 Fenyx Rising is quite literally the story of Greek gods and mythological monsters (the name it should have stuck with).

An arrogant and boisterous Zeus and a prideful Prometheus hash out a wager in the form of an unreliable narration scheme, with the brave warrior Fenyx (that’s you) caught in the middle. Your job is to take down a big monster named Typhon while fighting a ton of other monsters and warriors, donning gear from the gods along the way. Being the pawn of the gods is a neat popular-media device dating back to Clash of the Titans, and although it is unique here, the execution of how it’s told is a bit lacking.

The narrative framework of having each side explain or take back certain details can frankly get exhausting. All of the banter is a bit too much when you want to get on with it and enjoy the open world, and I found myself eventually just tuning most of it out altogether. So many jokes don’t land, including a really clunky moment like an early “it’s over, go home!” credit roll goof. It’s Lego Ninjago movie, B-level material. 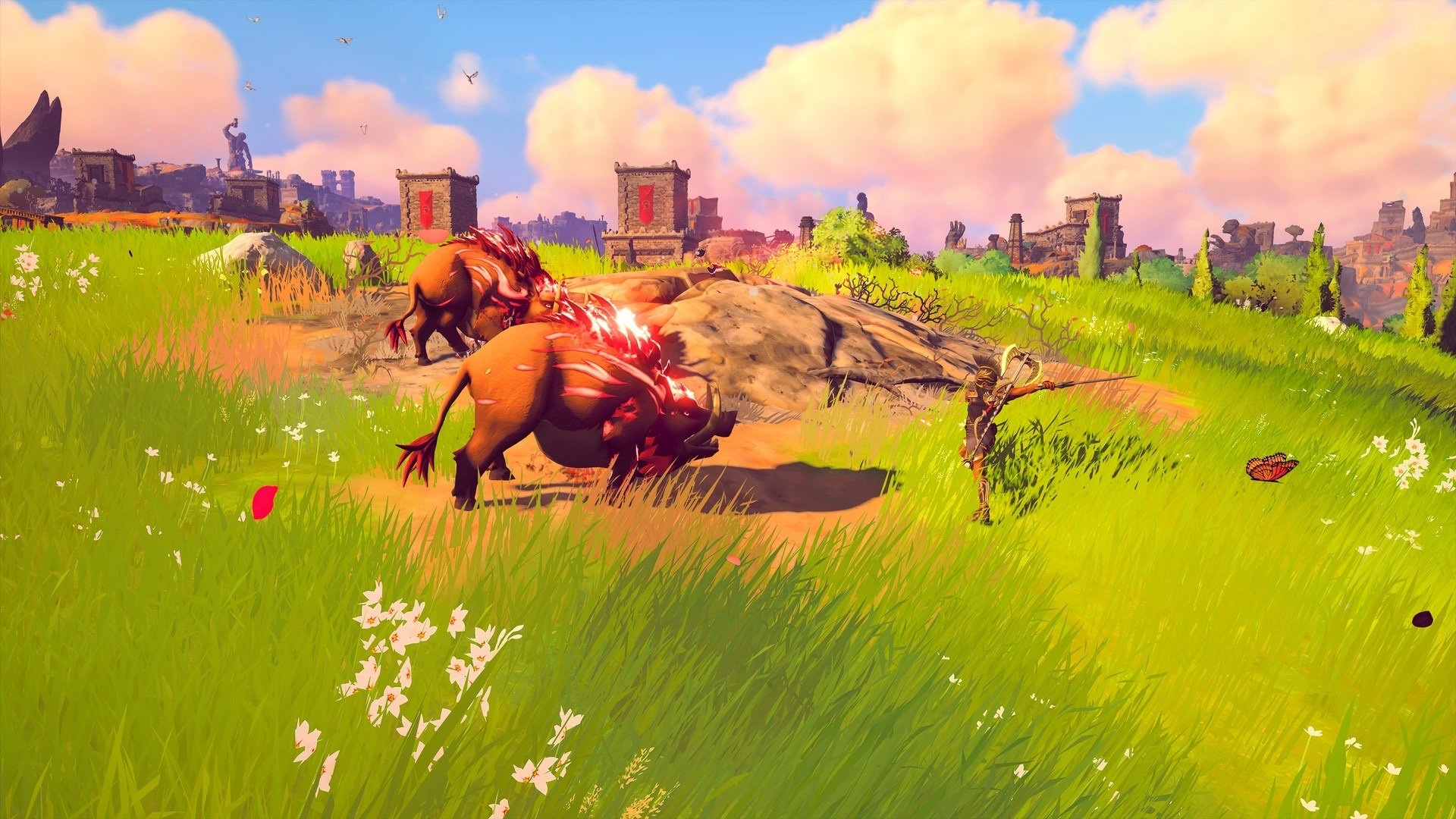 I felt this sense of narrative fatigue with the demo a few weeks back, and that same feeling washed over me in the retail build. But the gameplay, and the very simplistic flow of it all, won me over. Fenyx Rising is a sort of amalgamation of a ton of other Ubisoft games, borrowing some of the more arcadey bits and rolling it into one cartoony ball. The quick dodge and lock-on system work well together, on top of a climbing system (and more than a few other mechanics) that emulates Zelda: Breath of the Wild.

The more you play it, the more you appreciate it. Fenyx is granted access to several melee and ranged options pretty quickly, presenting players with a decent amount of style and variety to go their own way. Double jumping constantly with stubby wings and gliding around the open world is also pretty fun, and beats hoofing it constantly. It’s a good, tempered degree of freedom as the world is big enough to feel full and worth exploring; but small enough to warrant constantly flying around instead of using fast-travel points.

The simplicity I mentioned earlier courses through the beating heart of the entire game. Micro-puzzles are sometimes way too simple to solve, but alternatively don’t feel like a massive pain that you’ll want to skip. Little pointed challenge dungeons that are laid out like Mario Sunshine‘s Secret Levels (complete with the same void and platforming focus) are great too.

Even things like first-person-guided arrows come into play: like the team was made up of a bunch of gaming fans spanning multiple decades, and just put their favorite ideas in, one by one. It can get messy and busy, but it comes together in a satisfying way. 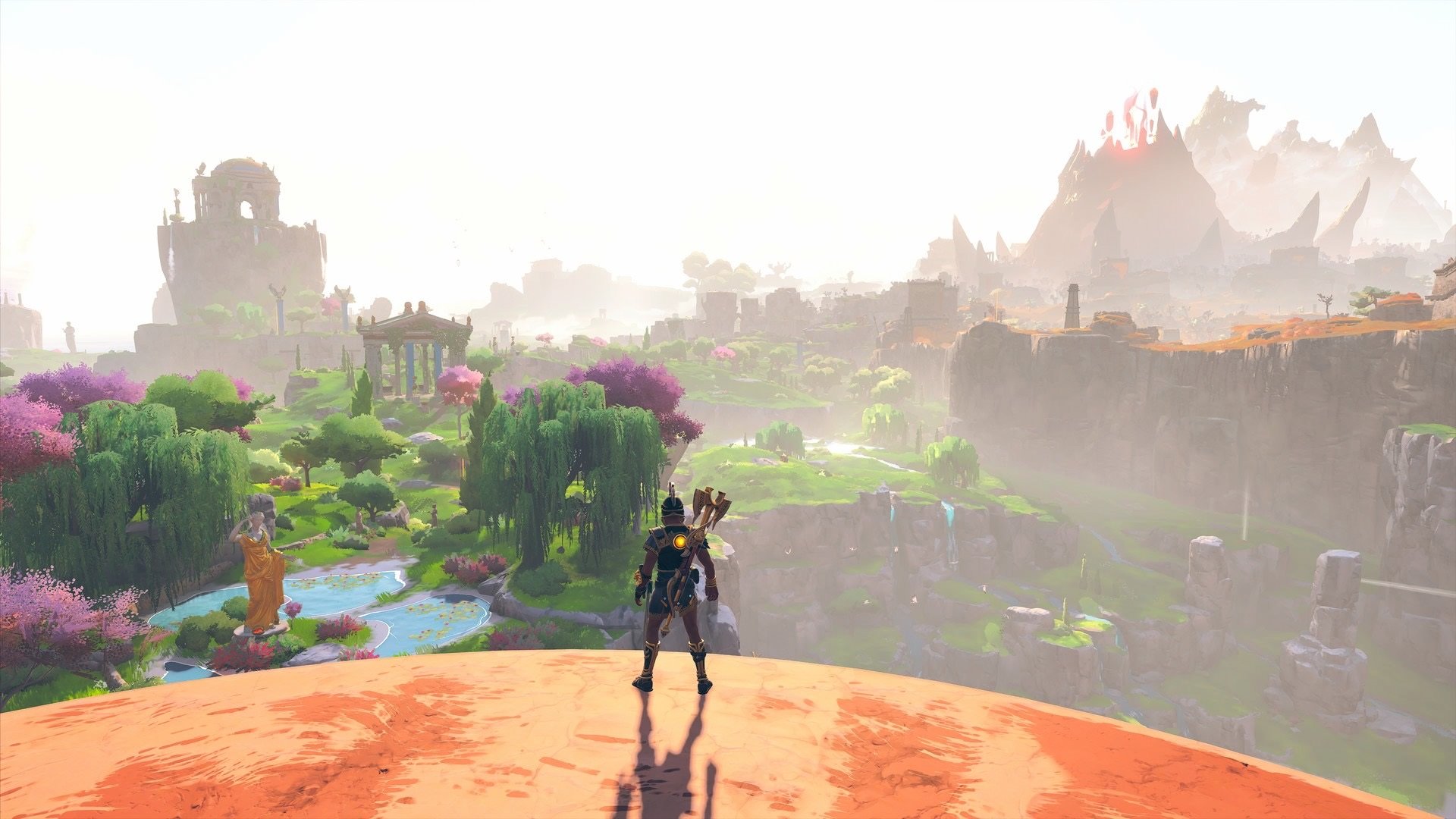 Now it is still an open world “go there, do that” game, but it’s perhaps more accessible than most other modern titles out there. You can customize every button, or even some ability toggles (like long or short presses). You can alter the entire HUD like you were using an MMO mod. Or wield a mouse and keyboard on consoles. A lot of things you might hate about AAA games can be manipulated in Fenyx Rising.

But back to the constant rollercoaster that is this game: I don’t know if I’ve seen an odder aesthetic from a AAA release this year. It can look great at times and utterly bland in the same breath. Part of my problem is the enemy design, which ranges from interesting takes on Greek myth classics to Saturday morning cartoon side characters. The lengths that Fenyx was reworked, beyond the name change, are very clear. On PS5, it does look mostly okay (the draw distances and far-off details can look hazy), and the performance mode toggle allows for a stable framerate: so it’s nothing you can’t shake off.

I was skeptical of Immortals Fenyx Rising after trying the demo, but it comes together with more context. It might be sloppy sometimes, even in regards to the conversation of open world adventures, but it offers up a lot of fast-paced arcade fun. I’d definitely be interested in a true current-gen sequel with a clear vision that shores up some of its bigger issues.

[This review is based on a retail build of the game provided by the publisher.]

Solid and definitely have an audience. There could be some hard-to-ignore faults, but the experience is fun.

How we score: The Destructoid Reviews Guide

Chris Carter
Chris has been enjoying Destructoid avidly since 2008. He finally decided to take the next step, make an account, and start blogging in January of 2009. Now, he's staff!